In August of 2012, Claire, Emma and Brooks Morgan and I read A Single Shard by Linda Sue Park. The four of us had just recently formed into a book club, and this was the first book we read as a club. We decided to complete a project after each book we read, and we designated a quote-banner as our project for A Single Shard.

Left to right: Claire, Emma, Madeline, and Brooks Morgan work on their “A Single Shard” banners

We chose to emblazon our banners with an inspiring quote from A Single Shard which goes as follows. “Your mind knows that you are going to Songdo. But you must not tell your body. It must think, one hill, one valley, one day at a time. In that way, your spirit will not grow weary before you have even begun to walk.”

It has become our annual tradition to choose an inspiring quote. Our quotes are always from a book our club has read or from an inspirational person we have read about together. Last Friday, we completed our fifth annual quote banner. 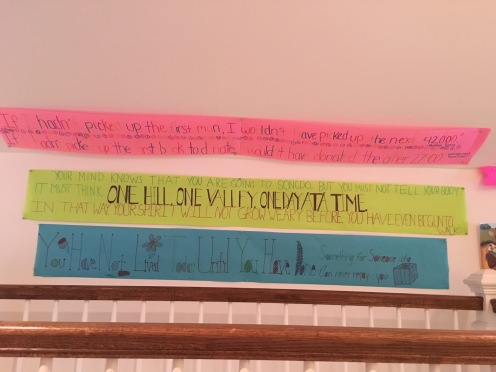 This year, we chose a quote from Phillipians 4:13 which reads “For I can do everything through Christ who gives me strength.”

We chose this quote since our faith has been instrumental in our charity, both in a sense that it has inspired many of our projects, and because many of our community partners are churches.

After taping the banner down on table so it would not slide as we worked, we began to transcribe the quote onto our banners in pencil, and trace the pencil in marker.

Our banners were enhanced with decorations such as a bookshelf with titles of books we have read together.

We look forward to another year of reading and donating books one hill, one valley, and one day at a time! 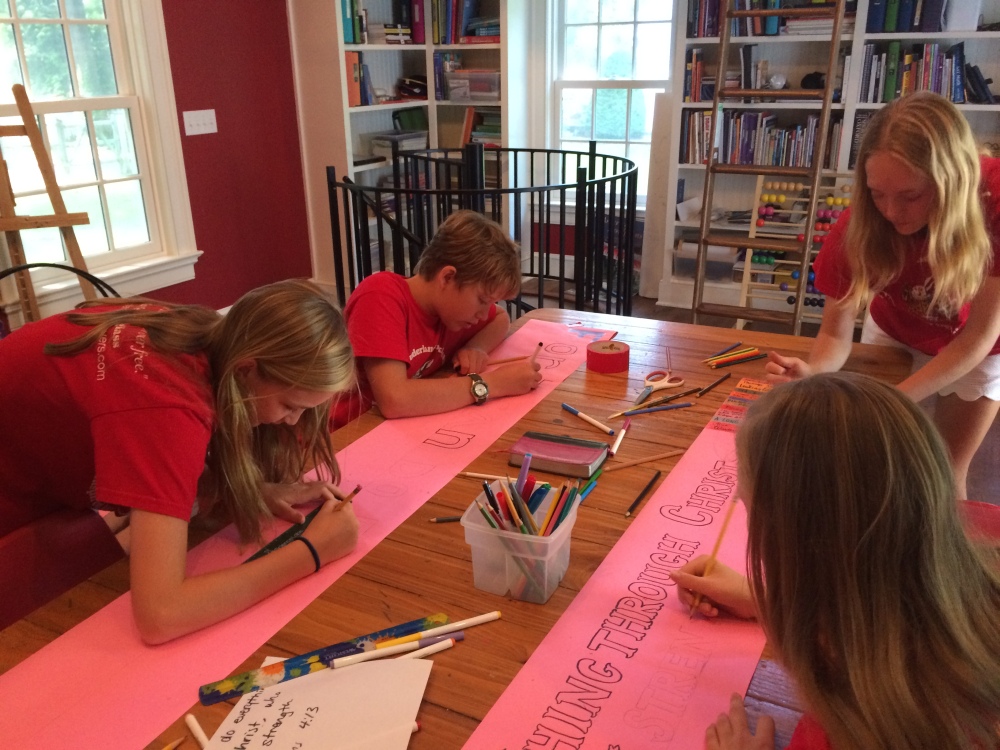