Reid had a birthday party and some of his friends and family attended his party. Among the attending was Brooks. They all had a fun time bouncing around Bounce U, a popular birthday party place. After the party Reid received his presents! One of his presents was a $20 gift card to Barnes & Nobles. He could get so many books there! The card even came attached to balloons! The employees of Bounce U put all of Reid’s presents on a cart and started walking toward his car. All of the sudden, a gust of wind blew away the balloons, and the card attached to it flew high up into the air. Reid was devastated. Luckily for Reid, the card dragged down the balloons closer and closer to the ground. Just when they though they would get their card and balloons back, it landed at the top of a 30 foot tree!

Brooks was not going to let a couple of new books go to waste so he used his climbing skills for a good cause. He climbed and climbed and climbed until finally he was standing at the very last sturdy branch. He looked up and saw that the balloons and the card were only a few feet above him! What was he going to do? He could not reach the cards or balloon, so he started to think. After a minute or two he had an idea. He held onto the branch that the ballons were stuck on and shook and shook and shook and shook. The balloons were too tangled to fall down! He did not give up though, and after about 20 minutes of shaking, the card finally dropped to the ground! He climbed back down and held the card over his head triumphantly. 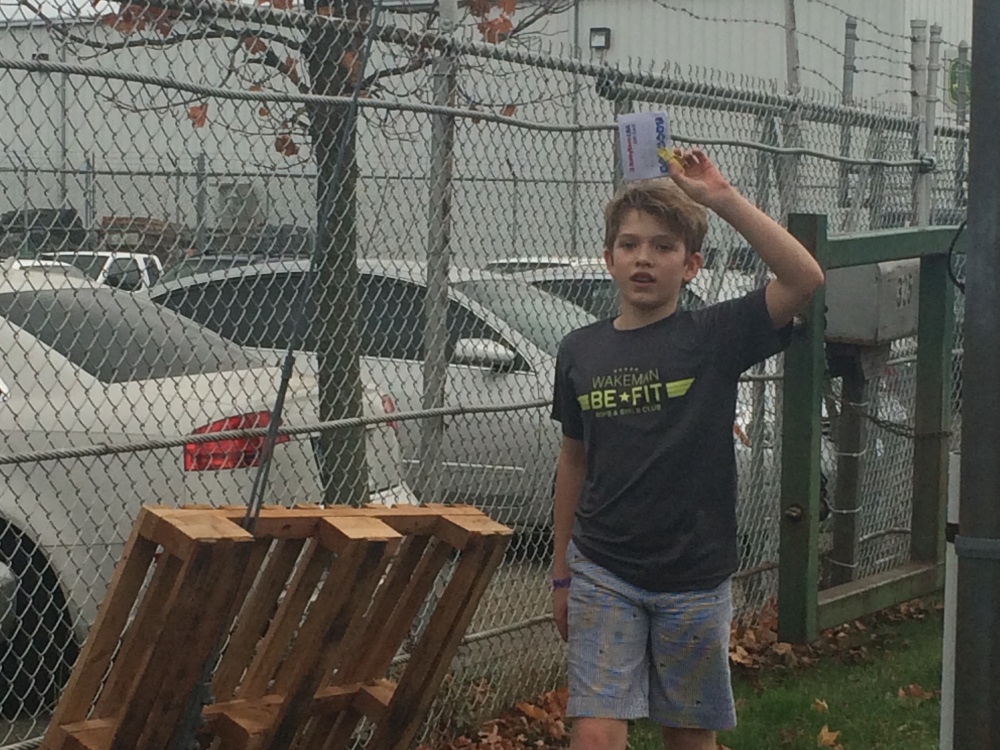 He had won the card back! He handed the card to his younger brother, Reid, who said with a huge smile,

“Thank you so much!”