As the fall leaves change, Junior Wonderland BookSavers Ella and Wills have become increasingly enthralled with Halloween. Almost daily, they steal away to our basement to rummage through the boxes and baskets of our collection of costumes. At night, they plead for us to read Halloween stories. Every morning when they wake up, they drape themselves in blankets and run around the house being ghosts. Thus it seemed natural for their next project to be Halloween themed.

We chose one of our favorite Halloween books from when we were younger: Mrs. McMurphy’s Pumpkin by Rick Walton, illustrated by Delana Bettoli. 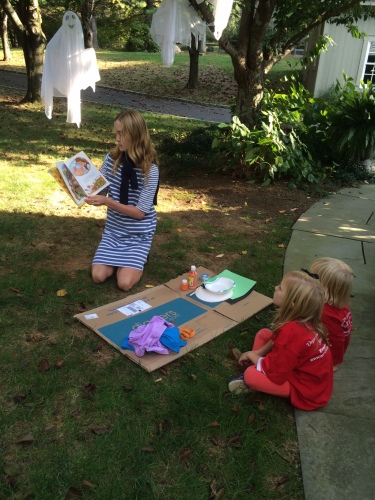 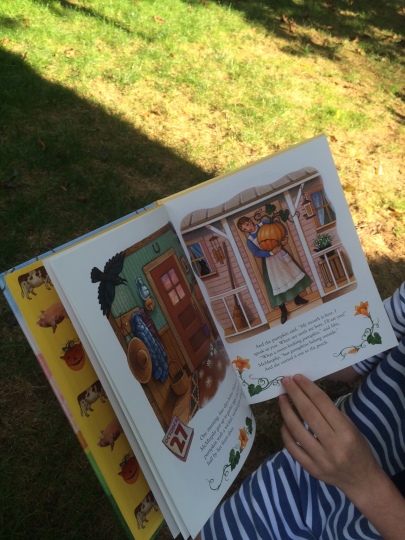 I then began to explain what the craft was.

Directions: Take a paper plate, and paint the plate orange using a paintbrush or sponge. As your plate dries, have an adult or mature supervisor cut features (ears, eyes, nose, mouth) out of the black construction paper or black adhesive foam for the pumpkin face. Be creative when you’re cutting the features! Wills chose circle eyes and a square nose instead of the usual triangles, and Ella wanted her pumpkin’s mouth to be a grin and not have any teeth. 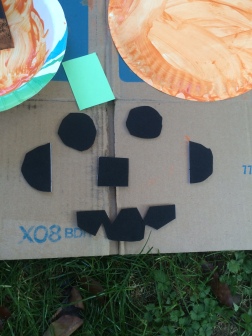 Once you have cut out all the features for the pumpkin, put them in the plastic baggy. If you used construction paper for the features, then you will have to tape the new features on each day. If you used the adhesive foam, then when the time comes to place each feature on the pumpkin, you will just need to peel off the backing. Also, cut out a rectangle to be the stem of the pumpkin, but do not put the stem on the pumpkin yet. Starting on October 27, you can use the pumpkin as a visible countdown calendar to Halloween. On the 27, add the stem, on the 28, add the mouth, on the 29, add the nose, on the 30, add the ears, and Halloween add the eyes.

Ella and Wills both had a great time making their pumpkin countdown calendar, and can’t wait to put it into use! 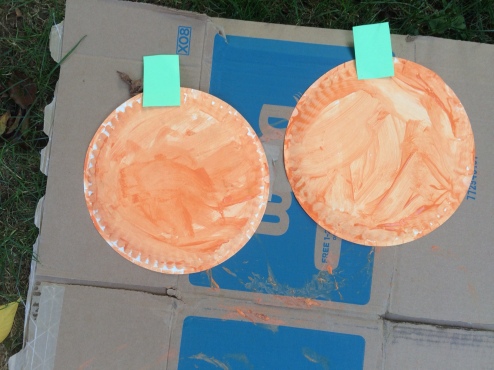